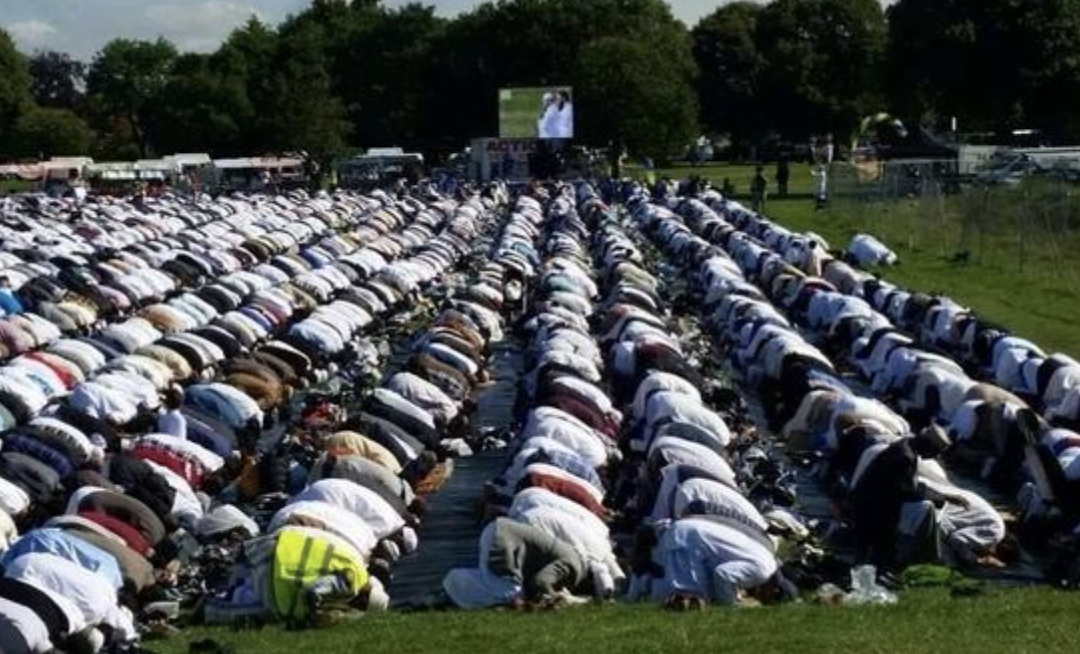 What is the correct procedure when one has arrived late for Eid salaah?

A: The correct procedure is as follows:

i) If a person has missed the first three extra waajib takbeers and joined the Imam in qiyaam whilst he is reciting the qiraat, then he should make intention and commence the salaah by reciting Takbeer-e-Tahreemah and after that recite the three extra takbeers.

ii) If a person arrives when the Imam is in ruku, then he should immediately commence salaah with Takbeer-e-Tahreemah. The person has to judge whether he has enough time to recite the 3 extra takbeers before the Imam completes his ruku. If not, instead of Tasbeeh recite the Takbeers in ruku. There is no need to raise the hands.

iii) If a person has missed one rak’at he is now considered a Masbooq. The method is as follows: Once the Imamsays salaam, the Masbooq stands up to complete his remaining rak’at. He will first recite the qiraat and afterthat complete the 3 extra remaining takbeers, even though Islamic Reminders on Twitter: “#Eid Salaah at Small Heath Park, Birmingham, England http://t.co/WEHoCtrDA9” he is making up his first rak’at and he should have recited the takbeers first then the qiraat. However, it is againstprinciple to have two sets of takbeers recited consecutively one after the other, in view of the fact thathe recited the qiraat then the 3 takbeers in the rak’at heperformed with the Imam. Therefore, he will be doing the same in the remaining rak’at i.e. the takbeers after the qiraat.

No comments to show.